Hit enter to search or ESC to close
News & Events

Our friends at the SickKids Foundation have a page on their website dedicated to Zack Hamilton’s inspiring story and they asked us to share it with you:

For three and a half years, Zack’s family relied on the support of untold areas of SickKids. From the cardiac unit to genetics to the ENT clinic to neurosurgery, it’s difficult to name a major department at SickKids they didn’t experience.

While his mother, Heather, was pregnant, routine ultrasounds showed that Zack was slightly smaller than his twin brother Jayden. When they were delivered, it became immediately apparent Zack was different. His hands and feet were blue and his condition was rapidly declining. The SickKids Acute Care Transport Team traveled to the hospital where he was born to examine him and quickly determined he would need to be transferred to the Cardiac Critical Care Unit (CCU) at SickKids for more specialized treatment. Zack required resuscitation twice upon arrival.

He was diagnosed with Total Anomalous Pulmonary Venous Drainage (TAPVD), essentially meaning that blood was not flowing properly between the heart and lungs. At two and a half weeks old, Zack underwent a procedure at SickKids to repair the connection. Though he experienced many complications, including seizures, fluid in the brain and severe reflux, one of the biggest challenges was eating. Zack was eventually able to be fed with a thickened formula and after six weeks, he returned home with numerous medications.

Zack was continuously at risk for aspiration pneumonia and was hospitalized several times each winter. His hearing aids provided him with sounds. The G-tube inserted in his stomach provided proper digestion and hydration. Though he had no official overall diagnosis, the genetics team was able to determine the cause of Zack’s anomalies was the deletion of the 12th chromosome. This deletion was the first recorded case in the world, making Zack’s case unique.

In March 2011, Zack was admitted at SickKids once again for pneumonia and Influenza B. This time around, his weakened heart went into cardiac arrest. He was resuscitated and transferred to the CCU on life support. After two weeks of various testing, doctors confirmed that the impact of lack of oxygen flowing to the brain during the resuscitation process had caused a complete loss of brain activity. He was removed from the ventilator and died peacefully in his parent’s arms on March 10, 2011.

Zack was a very happy, affectionate little boy. Drumming with his older brother Ty, bouncing on the trampoline and watching Elmo with his twin Jayden were some of his favourite activities. His parents were ecstatic when Zack walked on his own for the first time this past November. He had the unique ability to light up every room he entered and has left a lasting impression on everyone he encountered throughout his short life.

Zack will be missed by his entire circle of care – friends, family, doctors, nurses and caregivers at SickKids – but he will live on through those that loved him most.

How can you help?

Many children like Zack need the specialized care SickKids provides. Please sponsor a Mini-Skool student in the 2011 Mini-Skool Walkathon for SickKids. This year our Walkathon is dedicated to the memory of Zack Hamilton.

At Mini-Skool we are dedicated to creating a place of Laughter, Love and Learning for children of ages 6 weeks to 12 years old. We serve families with a broad range of child care and educational programs for children, including infant and toddler daycare, preschool, half-day Nursery school, full day Kindergarten, as well as before and after school programs and our Summer Club full-day summer daycare.

Your child's home away from home Schedule a visit

Our fully licensed child care centers operate year-round, so busy families have full-day coverage through the Summer months. All of our programs are educational, fun-filled and custom designed using research-proven methods.

Resources, tips and links for your entire family.

In addition to day care, we offer after school child care and school holiday child care with Clubhouse Kids, as well as a unique Summer Club program that will get your child’s summer off to a great start.

We value and reward our outstanding partners. 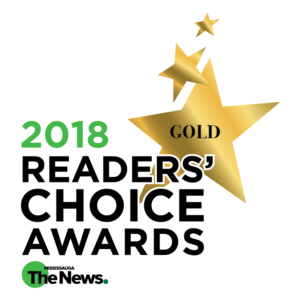 Please note that if school boards for Peel & York Region are closed due to weather conditions, all Mini-Skool locations will also be closed.